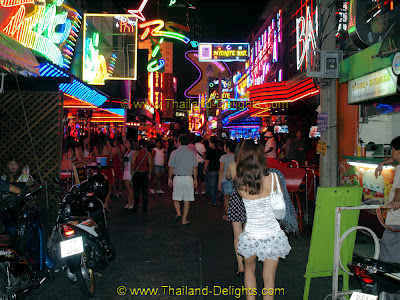 Soi Cowboy at night.
Posted by ArtTv at 12:45 PM No comments: 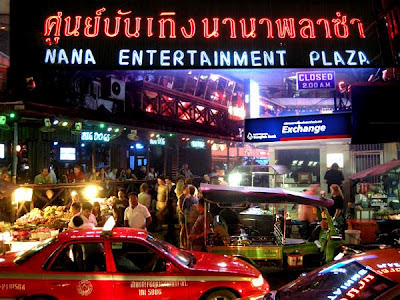 photo of Nana Entertainment Plaza from the Bangkok Eyes archives.

There seems to be something of a second wave in the high season at Nana Entertainment Plaza with the better bars booming. Try and get a seat later in the evening in Billboard, Rainbow 4 or Angelwitch and you might have to do a lap of the bar before you find an empty spot.
Down the road at Soi Cowboy, it's a little different. Friday nights are as busy as always, and Saturday nights the cash register is turning over fast enough to keep bar owners happy, but from Sunday through to Thursday the same highs aren't being seen and locals are getting the sort of attention from the girls they hadn't seen since late last year.
Nana, which gets more of a tourist crowd than Cowboy, seems to be much more constant, night after night, whereas Cowboy seems to peak at the end of the work week.

Previously referred to as The Billboard Group now has an official name, The Nana Group. Keep a close eyes on these guys as they are one of the big players and are actually doing things right in the industry, investing money and getting Western bar managers involved, all of which contributes to a much better experience. Their bars include Angelwitch, Billboard, DC10, Las Vegas and Nana Liquid.

Added note: (What can now be confirmed is that just this week the master lease for the plaza for the next 10 years was purchased by the Nana Group and they will be the new landlord of the plaza from July 7th. All of the venues *inside* the plaza will have a new landlord.)

The clutter of vendors and beggars in Soi Cowboy has a very welcome consequence. Along with the crowds, they make the soi too difficult to navigate for the orange-vested folks who are forced to find another route to traverse between Sukhumvit sois 21 and 23.

To read more, check out
Stickman
Posted by ArtTv at 8:49 AM No comments:

In the end, the main point of this story is that instead of being “cheating whores” or “poor victims” who should "learn how to sew," bar girls and professional girlfriends are resourceful and entrepreneurial people who use the tools around them to improve their lives and find enjoyment in a sea of constraints and uncertainty.

Rather than needing to be saved by those who think they know best, these clever young women are essentially saving themselves.

Heidi Hoefinger
The Phnom Penh Post
Posted by ArtTv at 3:21 PM No comments:


I think this gogo bar in Soi Cowboy, Bangkok got taken over and made into a new bar, or was used to expand another one. No, that was the Joy Bar, which is now a Ladyboy bar.
Rio was formerly Our Place Go-Go Bar but was completely renovated about a year ago or so.
Posted by ArtTv at 10:23 AM No comments: 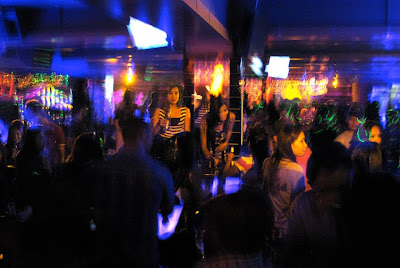 Tonight there is a party in Nana Liquid Disco located inside Nana Hotel on Soi Nana in Bangkok. The Nana Group who also own Billboard, Las Vegas, DC 10 and Angelwitch, are hosting a party from 10:00pm until closing.

Special VIP discount cards will be handed out to VIP customers during the night and there is also a special discount card for Thai girls. Some FREE beer will also be flowing, until it is all gone.

During the night two talented bands will keep the crowd entertained, along with some coyote dancers. I'm am sure there will be more than just a few familiar faces attending the party at Nana Liquid tonight.

Entrance is FREE and all are welcome. It’s party time!

Dave the Rave
Posted by ArtTv at 12:17 PM No comments: 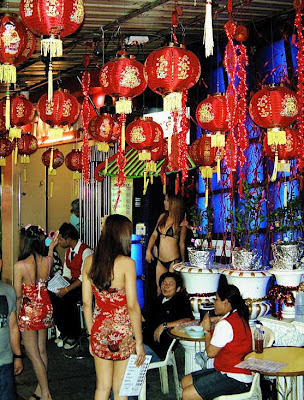 The King's 3 (the King's Castle III) in Patpong I gets high marks for their Chinese New Year spirit. A note to our readers; this is a Ladyboy Bar.

Bangkok Eyes
Posted by ArtTv at 8:10 PM No comments: 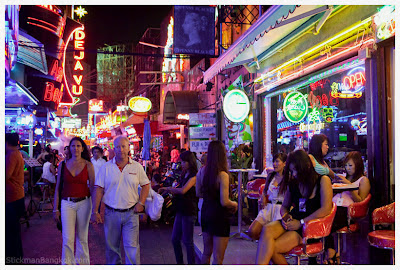 Soi Cowboy was absolutely heaving on Friday night, probably the busiest I have ever seen it. Really, I mean EVER!
Walking down the soi was such a challenge that there was no hope for motorbikes to use it to cut between sois 21 and 23. There were hoards of mainstream tourists walking up and down, outside bars were full and many bars were packed inside. The atmosphere was not indifferent to Pattaya's Walking Street.

A bar manager said January of this year was the best month ever in terms of his bar's takings.

Read more Stickman comments on this,
and on his interview with some Ladyboys,
click on his name here: Stickman
Posted by ArtTv at 2:44 PM No comments: