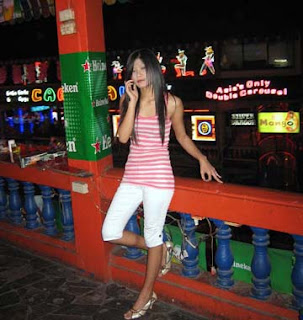 One of the things I love about Thai women is their incredible acting ability. Beautiful women like the one in this picture have the ability to pretend they don't even know I exist all the while down deep they are crazy about me.
Ah, dream on, khun Dean, dream on.
(More on this, check out Dean Barrett's site.)

"The big difference between sex for money and sex for free is that sex for money usually costs less." - Brendan Francis.
(Quote from Dave The Rave's website.)
Posted by ArtTv at 11:21 AM No comments: 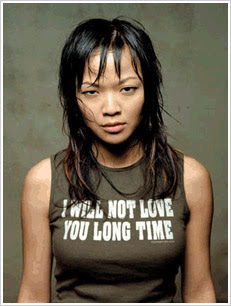 In Foodland one morning, I ate breakfast beside a dismal old git who had pulled an absolute stunner. She was probably a Nana Plaza showgirl. A chum describes these mismatched couples as "pro-celebrity golf" - and it's not too difficult to work out which one is the pro. She'd probably quoted him three times the going rate but some masochists won't be deterred.

In response to her unsmiling wall of silent contempt, he started clutching at conversational straws.

To indicate his fondness for tomato ketchup, he picked up the bottle, licked his lips and patted his belly. "Mmmmmm," he enthused. Next, he pointed at the Tabasco Sauce and started panting like a dog and fanning his mouth with his hand.

I've never been a great fan of condiment-related mime and there were more than a dozen sauce bottles standing on the counter so I decided to skip the rest of his performance by asking for the bill.
(More on this, check out Dave at Mango Sauce.)
Photo supplied by Common Sense.
Posted by ArtTv at 10:11 AM No comments:

The interview between Lisa Rende Taylor of the UN Inter-agency Project on Human Trafficking and Anderson Cooper which aired on March 23 on CNN was interesting, with Cooper insisting that it was all child sex slavery, and Lisa pointing out that many of the girls are intelligent, maybe bored in the village, and they want to try the more exciting life in the cities and to help out their families by working in the sex industry on their own free will. (This is two different stories, and Cooper could only see his side.) Lisa Rende Taylor should be proud of sticking up to the big media CNN who parachuted in for a quick one-sided affair.
Reach your own conclusion here on YouTube.
Posted by ArtTv at 10:51 PM No comments: 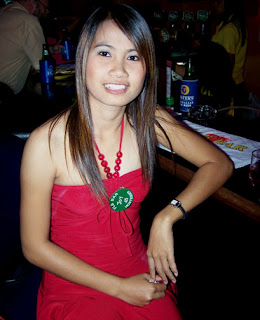 I sat next to a sullen looking pole performer in one of Nana Plaza’s top pleasure palaces. I got chatting as you do and asked her why she looked quiet and sultry. Miss Nok explained that her “sponsor” had ended the relationship. And so, I asked Nok, “Do you have a broken heart?” Nok replied, “No, I have broken bank.”
Dave The Rave
Posted by ArtTv at 2:42 PM No comments: 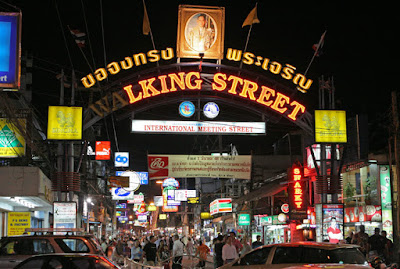 The Pattaya Addicts gang has sent out a heads-up in regards to a meeting they attended which mentions new rules will go into effect; such as close-circuit tv having to be installed inside and outside of bars and gogo clubs, random drug testing for both employees and customers, employees must be 20 years old and the businesses must keep registration forms with photos on file of all of its workers. Sign up and read more. "The crackdown has begun."
Posted by ArtTv at 2:40 PM No comments:

"The Katoeys of Nana Plaza" stills in video


Excerpts from the 120 page 8x10" book of color photographs, portraits of "The Katoeys of Nana Entertainment Plaza" in Bangkok, Thailand taken by Randy Magnus. A beautiful hardbound book where the ladyboys are prettier than the ladys. Check it out.
Posted by ArtTv at 8:25 PM No comments: