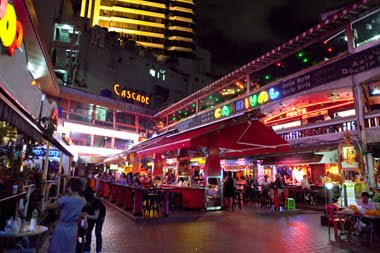 The land owners don't appear to be interested in re-leasing to the bars at Nana Plaza, but rather selling the land.
I have said it before, and I will say it again - the land on which Nana Plaza sits is much too valuable for a bunch of gogo bars, some of which generate very little revenue.

My prediction? In 18 months Nana Plaza will be history and the soi 4 we have come to know will change forever.

read more about what Stickman has to say at:
Stickman

Dean Barrett recently mentioned
'there seems to be some question about the future of Nana Plaza, in this case after the end of 2012.
Tracking down ownership of anything in Thailand can be a tricky business but it seems Indians are leasing the place from Chinese who, for all I know, are leasing it from members of Scientology or Falan Kung.'
Dean Barrett

Werewolf says
"Other nightlife options that have opened to the east as older venues have closed include Penalty Spot near Soi 29, and a slew of places on Soi 11. The owners of Coyote opened the Australia Pub on 11 a couple years back, and are about to open a wine & tapas bar nearby on the same soi.

Queen’s Park Plaza seems to be showing signs of some resurgence, and there’s a vibrant nightlife along Sois Thong Lo and Ekkamai. Sherbert & Piano can’t be said to be “new” anymore, but they’re not long in the tooth yet.

If NEP closes it’ll put a dent in the go go bar business, but there’ll certainly be no shortage of entertainment options. And with Bangkok being Bangkok, it’s likely that the P4P businesses lost at NEP would find an outlet in some form and some location somewhere else.
Perhaps a few stops north on Ratchadapisek Road, linking to the massage heaven of Hway Kwang, or maybe a bit further out along the now extended BTS line, east of Onnut, or even somewhere to the south near Khlong Toei.

One thing is sure; Bangkok won’t close down if NEP does."
Posted by ArtTv at 10:57 AM No comments: 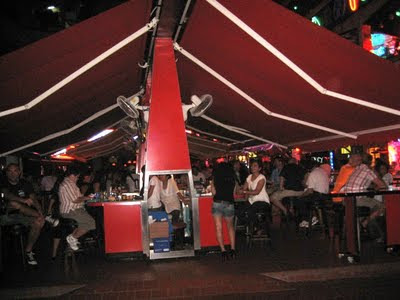 Nana Plaza: I had not been to Nana Plaza for awhile and decided to check it out.
On the bright side, there are some mighty purty ladies dancing there and it is fun to sit at Big Dogs or Lucky Lukes and watch the ladies come to work (some are real ladies).

Dave the Rave, while managing Angel Witch, is also in overall charge of the new Billboard Bar (which will be expanded). I also like the beer bars in the center of the place, the shape, etc., is pretty cool.

I can say that a fellah can definitely have some fun at night in Nana.
Dean Barrett
Posted by ArtTv at 11:32 AM No comments: 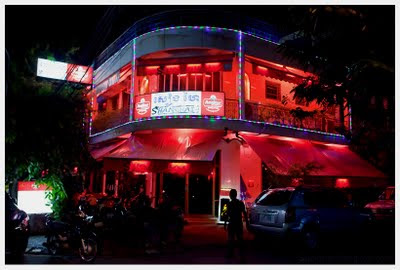 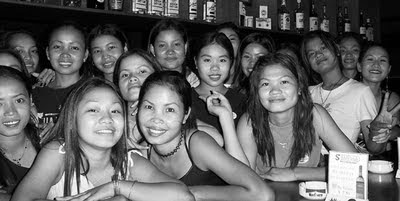 Easily the best hostess bar we visited in Phnom Penh was Shanghai Bar, located on street 51, not far from the long-running Walkabout, a low-end guesthouse with even lower-end damsels lingering in the open-air freelancer bar on the ground floor.
Back to Shanghai Bar, it is well-run, had really great food, but the highlight was the friendly and attractive girls decked out in sumptuously short black miniskirts.
(Especially this one girl...)

Stickman
Posted by ArtTv at 11:34 AM No comments: 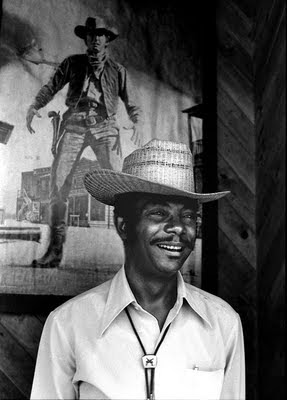 Soi Cowboy is named after T. G. "Cowboy" Edwards, a retired American airman who opened one of the first bars there in 1977.
A tall African-American, Edwards got his nickname because he invariably wore a cowboy hat, and he ran the Cowboy Bar on that Soi.

photo of TG Cowboy Edwards supplied by Bangkok Eyes.
additional information on the history can be found here:
Soi Cowboy history.
Posted by ArtTv at 4:54 PM No comments: 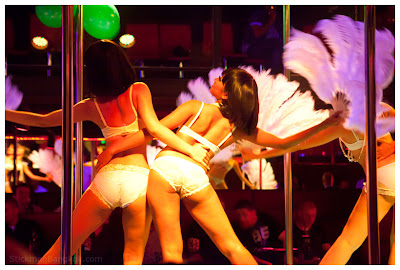 Six months ago Nana Plaza in Bangkok was a shadow of its former self. Some even called it a waste of space. Soi Cowboy was the most popular bar area. Things have changed.

Attitudes at Cowboy have deteriorated horribly and prices have shot up while Nana seems to be experiencing something of a renaissance. Who could have predicted how the industry would be turned on its head in such a short space of time?

Are we witnessing the start of a new era? Nana Plaza is the new Soi Cowboy, and Las Vegas is the new Tilac.

Stickman
Posted by ArtTv at 11:51 PM No comments: