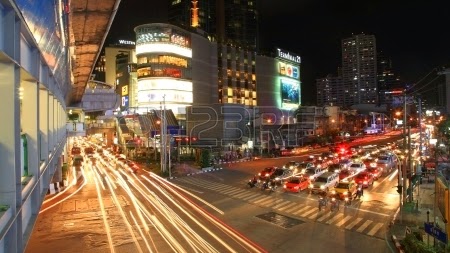 The stopping and searching of foreigners in and around Asoke is at unprecedented levels.  I see it with my own eyes in the area and many readers have relayed their experiences.  One foreign restaurant manager hears reports daily from customers and relays these.  The cops who perform these checks do so in a very specific area and are unintentionally driving some away from that area.  Their actions have caused such angst that some are saying that they will forego visiting Soi Cowboy - which is just a hundred metres or so from where many of the checks take place - and visit Soi Nana instead.

A Stickman reader added:
Regarding the many reports of police stop-and-searches, it's getting outrageous.  One downtown police district is having a field day targeting Western males.  I rode my bike back from Silom to lower Sukhumvit on Friday and went through FIVE separate checkpoints.  It's downright oppressive these days.  Today, however, was a different story.  A guy I know was randomly stopped by police while on a motorcycle taxi.  He was searched and found not to be carrying anything illegal.  However, they insisted on a pee test (at 4 PM in the afternoon) where he tested positive for marijuana.  The fact is that he DID smoke marijuana - but in Holland yesterday where he wasn't committing any crime.  He had to settle the matter as he was told that if he didn't he would be blacklisted from Thailand.

Recommendations if you are arrested:
As a westerner, whether a tourist or an individual living in Bangkok, you may very well be stopped at random and subject to immediate arrest by Bangkok police. If you are stopped and harassed by Bangkok Police, especially common in the Thong Lor and Lumpini police district areas popular with tourists, here are some recommendations:

1) If you are taken to a police facility, do not sign anything. You will be verbally insulted and browbeaten (there is no anecdotal data that suggests you will be physically harmed). But refuse to sign. If you do sign, even an acknowledgement that you have been detained can be interpreted by Thai courts as an admission that you resisted arrest.
2) Demand that the police contact your embassy on your behalf. Again, sign nothing.
3) At least one person was able to get the police to release him by saying he needed to go to the hospital “to get my medicine.” Your dying while in police custody is a public relations snafu that the police would prefer to avoid.
4) Particularly on a weekend, you may be forced to spend a night in a Bangkok jail. Hang in there, sign nothing, and sit tight until your embassy representative can assist you.

another report on this is at
Bangkok Coconuts

Random urine tests are not new in Thailand, but recently they have become much more common in the tourist areas controlled by the Thong Lor and Lupini district police.
Globial Dispatch
Posted by ArtTv at 4:51 AM No comments: 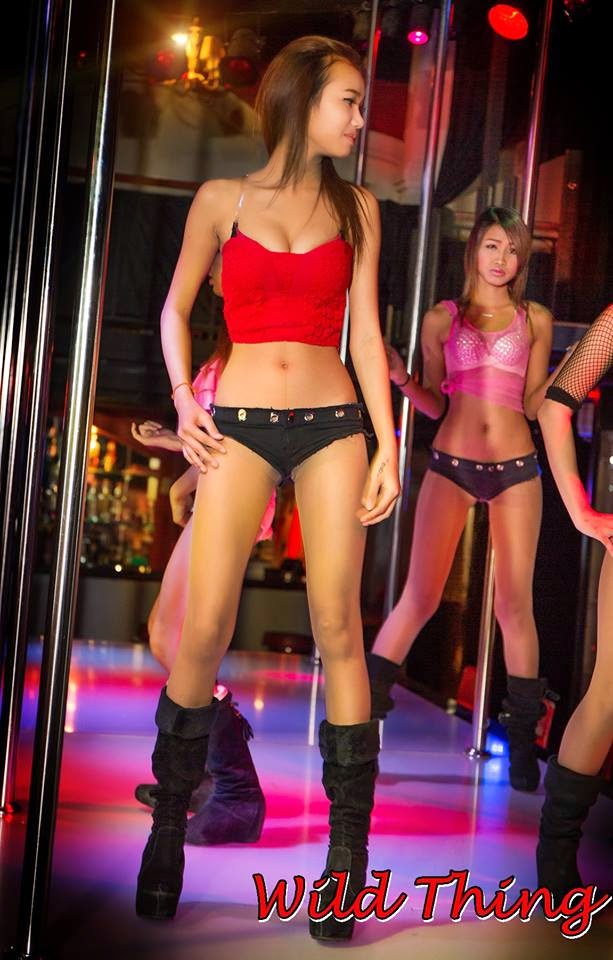 Wild Thing, Tokyo Player before it and Las Vegas before that never set the world alight despite the fine job The Nana Group did on the original casino-themed fitout of Las Vegas.  Wild Thing may well be the worst performing bar in Nana Plaza for the past 3 years with fewer customers even than the single shophouse bars on the middle level.  So when I heard that Wild Thing had changed hands this week and has been taken over by a couple of guys with much industry experience I scratched my head and wondered.  These guys have the pedigree to make it work, but its location makes it a challenge.  The plan is to install a bubble machine and rumour has it that the renovated venue will be called Bubbles.

Stickman
Posted by ArtTv at 7:23 AM No comments: